I recently found that despite my earlier expectations that pickle juice is, in fact, delicious.

AND according to the Internet it's a good hangover preventative / cure.

So two weekends ago was Lollapalooza here in Chicago, which I easily dropped $200+ on for a 3-day pass despite not knowing who other than Lady Gaga, Devo and Green Day were playing. I worked a half-day the Friday of and went straight down to Grant Park to
meet up with my boyfriend and his friends. They had worked quite hard in preparing "road sodas" or in this case water bottles filled with vodka since you were only allowed to bring in two factory sealed water bottles.

Well how did we keep them factory sealed if we filled them with vodka? Super glue. Yep, super glued the caps back to that little strip although I have a feeling we didn't even need to do that because the people checking bags just kind of saw full water bottles and were like "Kay you're good."

So needless to say we all got a little drunk while at Lolla, a water bottle full of vodka is quite a bit of vodka. So we went to Devo because I wouldn't shut up about how awesome Devo would be. And they were awesome, and old, and awesome because they were old. 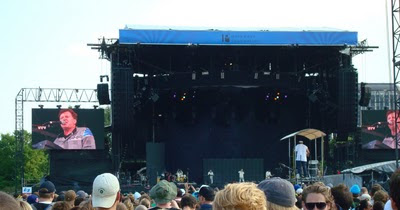 Hahah oh Devo I love you. 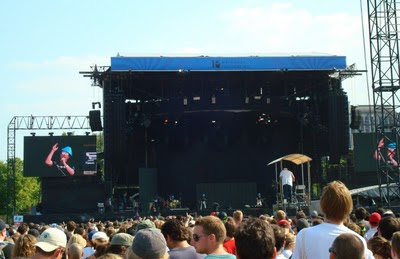 And then we watched Matt&Kim and Chromeo and then was Lady Gaga who was amazing even though halfway through her show my dear, beloved Sony Cybershot died for good with its lens sticking out. Even after a good few smacks to the lens I was still unable to revive it. (I would then later lose all the subsequent pictures I took on my iPhone after restoring it from a backup. I'm so SMRT).

I was pretty upset about that and remember complaining about it during a song I didn't much care for while all my incoherently, drunk boyfriend could say was "She's covered in blood. Kyle look, Lady Gaga is all bloody." "My fucking camera won't work!" "But she's got blood on her!" Yeah. 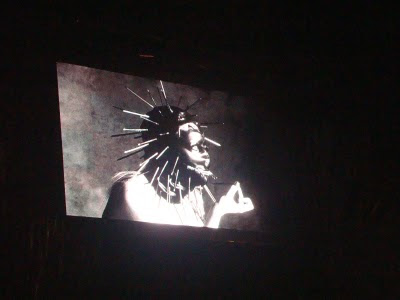 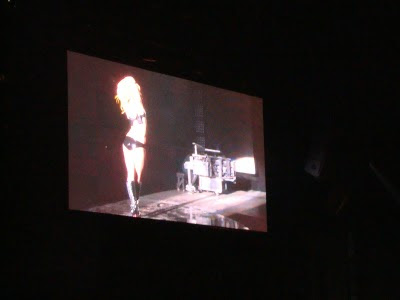 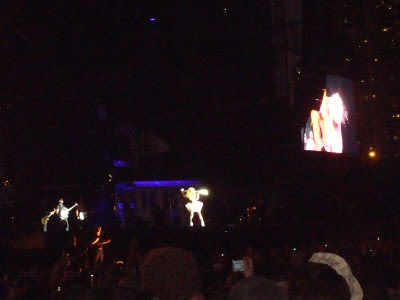 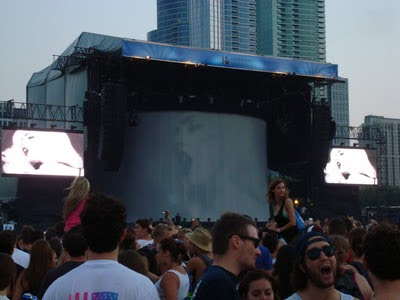 By the end of the evening we were all pretty incredibly drunk, I nearly lost my iPhone while laying in some grass and had to go running back to find it. I believe we made a Taco Bell run and I ended my drunken night by drinking some pickle juice we had in the fridge. I managed to take such a big gulp that the saltiness hit me right in the throat and I was unable to breath for a second. But delicious, pickley goodness none the less.


And I woke up mostly bright eyed and bushytailed the next morning with no horrible hangover, ready to make some more road sodas and get back to the showgrounds.

Saturday was kind of meh at Lolla. I dragged the group we were with to AFI since I had loved them back in high school. And we learned that mango smoothies can mask the taste of well over half a water bottle of vodka. This was probably more of a bad thing to learn in hindsight. Green Day was the headliner that night and they were much better than I expected, to be honest. Or maybe that was because I was so drunk. Who knows! I was rocking out man. One of the boyfriend's friends and I even had a mini-mosh pit, just the two of us. I'm pretty sure we looked insane. Their show was great, they even let a fan come up and sing the entirety of "Longview" and gave him a guitar after. Night of that guy's life right there.

After Green Day we decided it would be a good idea to go to a bar, so we did. And we drank more and played a giant game of Connect 4 which my teammate and I got our asses handed to us. After this bar we decided to go to another bar where we could dance and we danced until probably near 4am.

Then we were hungry! And we decided to walk home and get pizza on the way, forgetting that we were a decent distance from home. But luckily I got a piggyback ride out of it! And we got pizza, and it was good, and I drank more pickle juice before passing out on the couch somewhere near 4am watching Jersey Shore.

And then I once again woke up feeling fantastic the next day. We made one, final, road soda with the remaining vodka we had, after mixing the last of our Svedka, Dimitri and Gordon's we had a full water bottle and one disgusting tasting vodka. Needless to say, I didn't drink any vodka on Sunday, especially after seeing the face my boyfriend made after taking one sip of it. Plus vodka and I have a history of not getting along, but those are stories for another day.

Sunday was kind of a bust, Cypress Hill was really the only band worth noting and they were awesome. And they had a giant bong, and I'm pretty sure I got a very long lasting contact high from being in the crowd for them since the majority of their songs were about smoking and there seemed to be a very distinct haze hovering over the crowd for them.

But the rest of the day was spent listening to bands we thought would rock but instead sucked or we didn't know enough of their music to care. We didn't even stay though the headliners that night.

Instead we left, got even more Taco Bell and watched Entourage and Hung and ended our awesome weekend with the last of the pickle juice.
Labels: concerts , personal