Oh god 8am is so early when you drank the whole night (and part of the morning) before.

Cathy and I begrudgingly got up, attempted to pretty up and decided that sunglasses were definitely the way to go. We were meeting our friends at the lobby of our hotel where we'd then all pile into cars and go to Blizzard Entertainment headquarters.

Our hotel happened to have a free breakfast, so I had some orange juice and decided I wanted some of the hard boiled eggs, but I didn't want a plate. So I stuffed one in my mouth and carried another and went outside. Cathy took one look at me and asked "Did you put a whole egg in your mouth?" and I managed to mumble out "mhehbeh?" And then we cracked up. Maybe it was another one of those 'you had to be there' moments.

Blizzard was awesome. You have to sign an NDA before you go in, and there were so many awesome things I probably could've taken pictures of but didn't feel it was right to. I would love to work there, it looks so crazy fun. 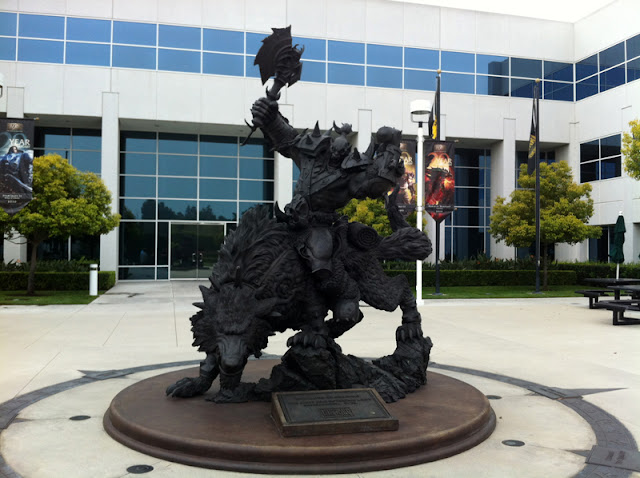 Statue infront of the blizzard offices with their company mission statement all around it. 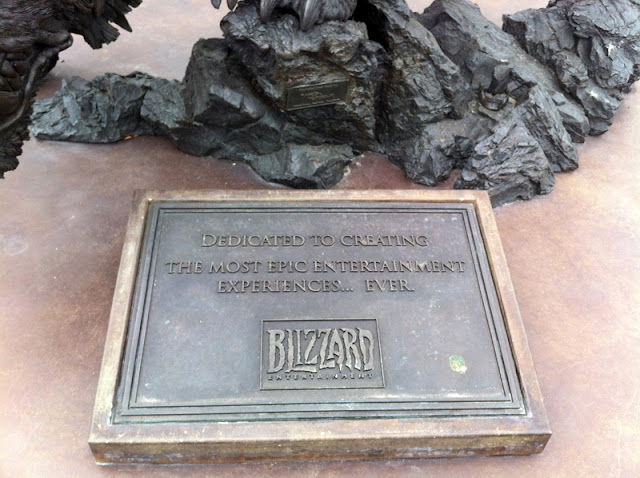 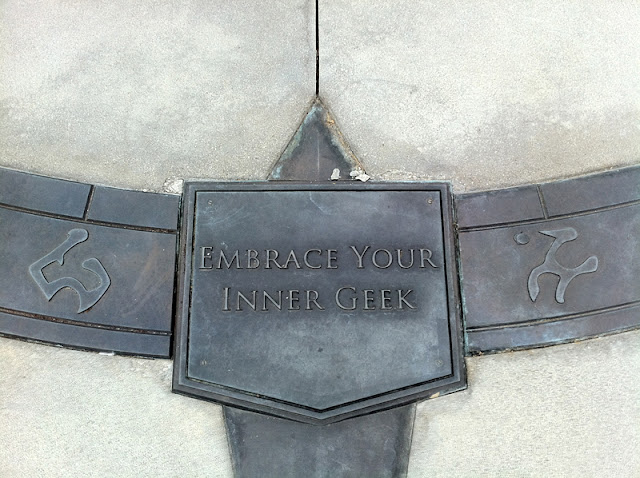 My favorite part of the mission statement. 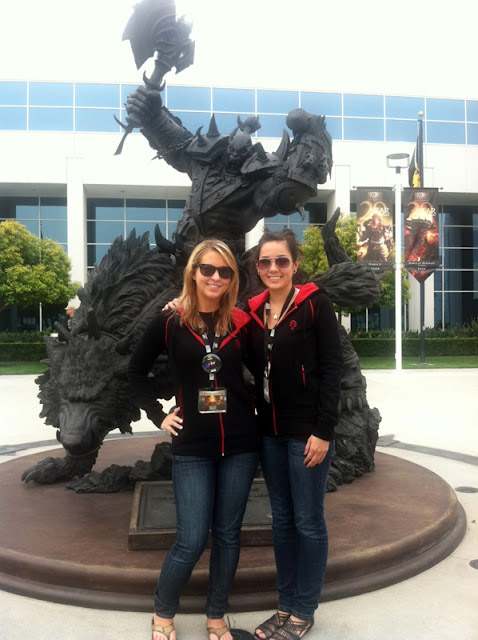 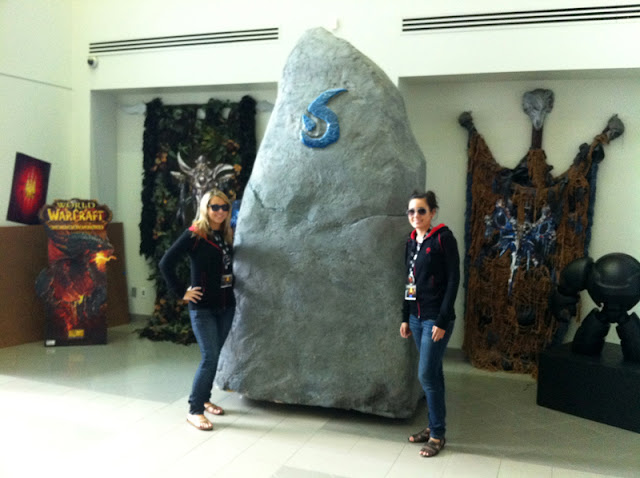 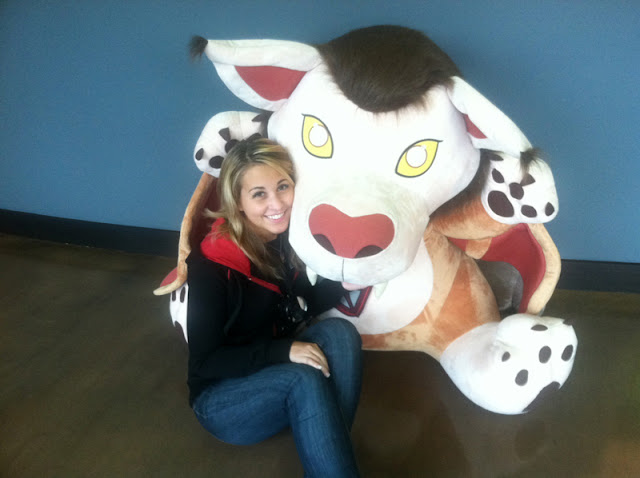 After a couple hours touring Blizzard offices we all went to In-N-Out. Cathy had never had it before. I remember it being better and I think I like Five Guys more.

Back to Blizzcon, more Diablo III, more Mists of Pandaria, met up with Chris whom we had met the night before and hung out with him. Watched the StarCraft II final match, which was crazy intense. I never thought I'd be much into watching professional gaming, but I think that match convinced me. We got some of the most DELICIOUS ice cream ever which I ate while exclaiming "This ice cream is sooooo gooooood" while we got extra strength Tylenol from the first aid counter since we both had massive headaches.

We skipped Stan's birthday dinner so we could go see the closing ceremonies and The Foo Fighters. Level 90 Elite Tauren Chieftan played and were great. Not much new stuff since I saw them at Blizzcon 2007, but 'I Am Murloc' is timeless. Also: Get into the bunker! I CAN'T I'M THOR. Ahh. Memories. 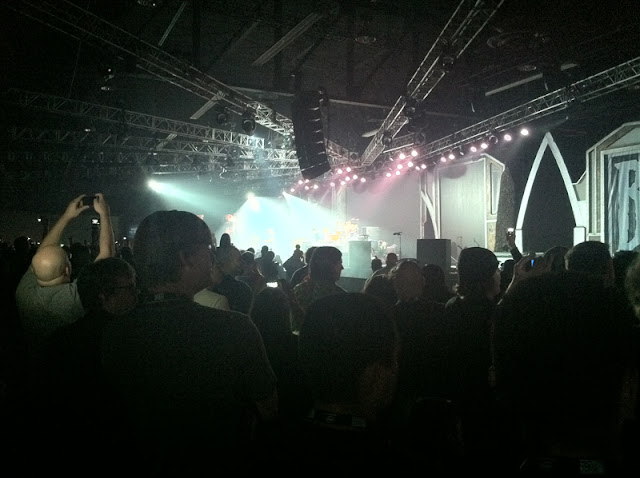 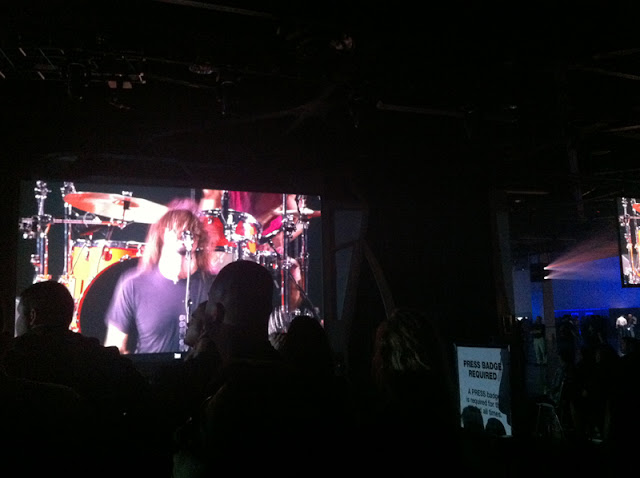 We left the Foo Fighters early to get one more round of Mists of Pandaria in. I got kind of bored since it was our third or fourth time doing the same so many quests, so I started dicking around in the chat. Things got out of hand fast. 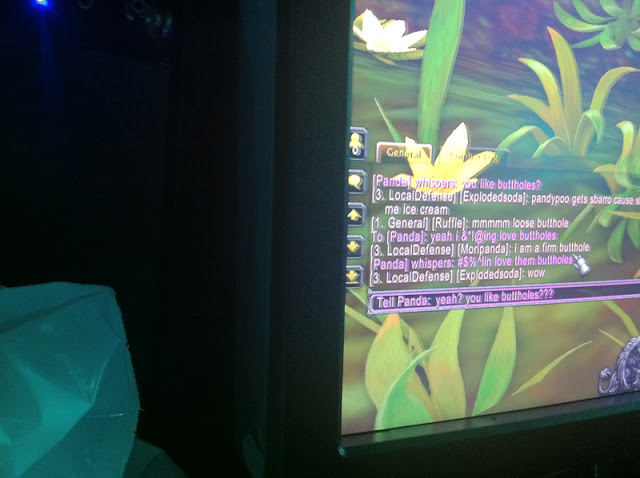 We got some food from Sbarro and went to relax at the hotel for a while before a third night of partying. Cathy took a nap and I finished off the last of my limon chips. I made a solemn vow not to drink that night, mainly because we were going to Disneyland the next day and I didn't want to be hungover and miserable at Disney. And also because...I honestly didn't feel like drinking anymore. Strange. I know.

Hung out with our friend and met a few people from Blizzard with him. Also saw Chris Metzen in the Hilton Bar and got a picture with him! It was another one of those "Herp derp how do I form sentence?" moments as he asked me if I was enjoying my weekend and all I could muster was a meek "yes!" 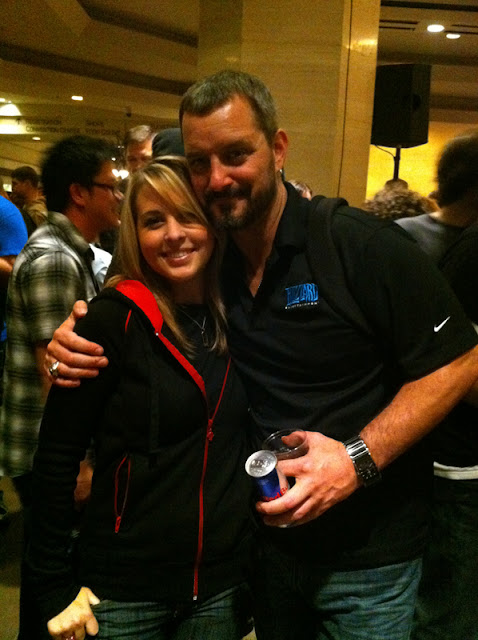 Me and Chris Metzen! :D

The rest of the evening was spent with Stan and Chris (not Metzen) and Stu and all of the other awesome people we met through them. A lot of them were flying out early the next morning and this was our last chance to hang with them for the weekend. We had hella fun, even though I didn't drink. (Cathy did, as she said in a text "Fuck I'm partying again.")

It was bittersweet as we knew post-con depression was looming just around the corner.
Labels: Blizzard , conventions , gaming