Around this time last month I was in Japan. Specifically in Gifu City to visit my cousin, Sarah. She lives there with her husband and two cats, working full-time teaching English. We had been talking about me visiting for years but money and time (or me going to vacations elsewhere like Mexico and Florida) got in the way. But it just so happened that her work contract would be ending this March and thus this could be my last chance to go visit her. So I scheduled a week off in February, booked a flight and went on my merry way!

I was flying into Nagoya, and there aren't many places that do direct flights from the US to Nagoya. I could've done a layover in either Detroit or in Tokyo. I decided to go with Detroit, it was only like $40 more expensive. (My trip was $1280 roundtrip for flights). I actually made the brilliant decision to get completely wasted the night before with two friends and probably smelled of booze and regret during both of my flights. The only upside to this was that I was so absolutely dehydrated from the alcohol that I didn't have to pee! At all. On a 13 hour flight.


So I left Chicago on Saturday morning Chicago time and got to Nagoya around Sunday night Japan time. Met up with Sarah and her husband, Mario, at the airport and took a train back to Gifu where we then ordered pizza via their Wii. We didn't get anything crazy, and trust me they had some weird pizza options (shrimp and corn? what the fuck?) but got a normal meat pizza and Sarah got a smaller pizza with mochi, bacon, and some seaweed.

Monday and Tuesday were mostly running around and seeing local things with Sarah and going to this awesome underwear place for a fitting (new bra in a size that actually fits me, fuck yeah). Went to a karaoke booth but I only sang one song because apparently my shyness with that sort of thing extends to even small, close groups of friends in confined rooms haha. Plus they didn't have "Sexy and I Know It" what the fuck? We got delicious parfaits and went to a used game store where I bought a Nintendo Famicom! They had Super Famicoms too and I'm kicking myself for not getting one of those too. Next time I will. 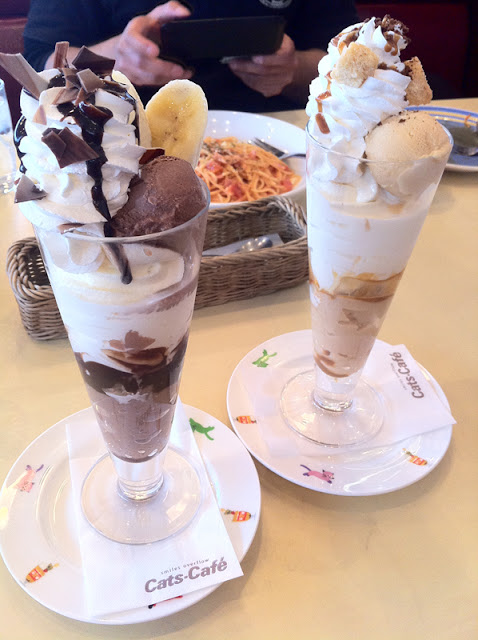 Want these in my mouth again. 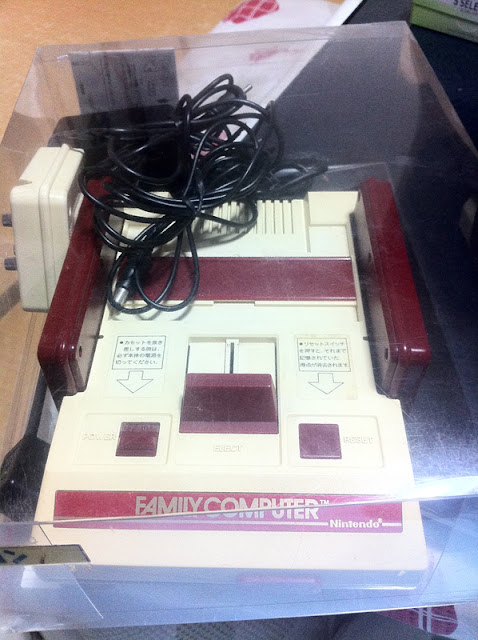 Famicom. Newest edition to my collection. <3

Tuesday night we went to a public bath (woo naked Japanese ladies!), which was super awesome and incredibly relaxing. So relaxing. Especially the outdoor baths, hot water and steam rising up all around you in the cool air. Oh my gosh so relaxed. Slept like a baby that night.

Wednesday Sarah and I took the Shinkansen (bullet train) into Kyoto where we spent the whole day visiting all sorts of different temples. It was crazy busy and crazy fun.

Also, I have a 3DS and had only ever gotten 3 StreetPass tags within the last 6 or so months. Within my whole time in Kyoto ALONE that day I got 60+. It was so awesome. 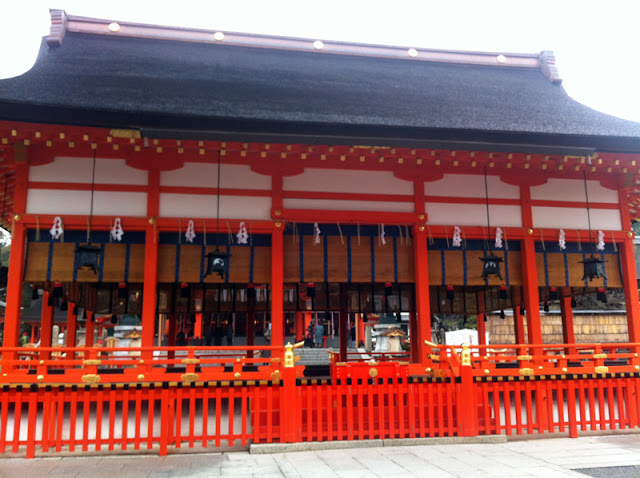 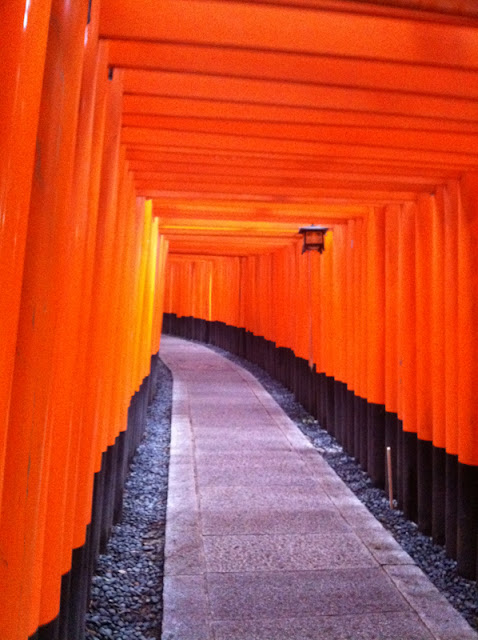 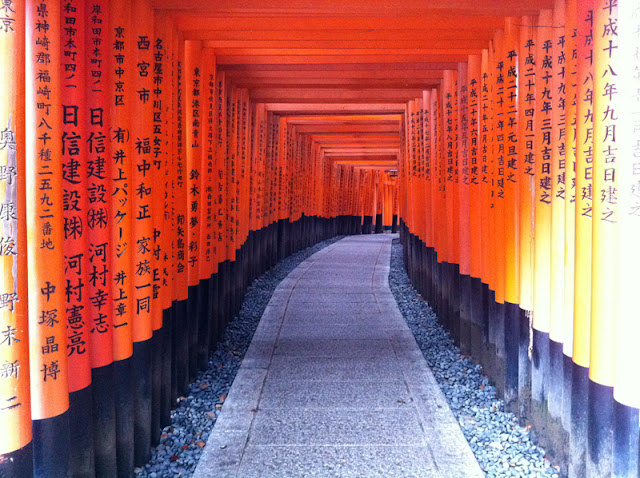 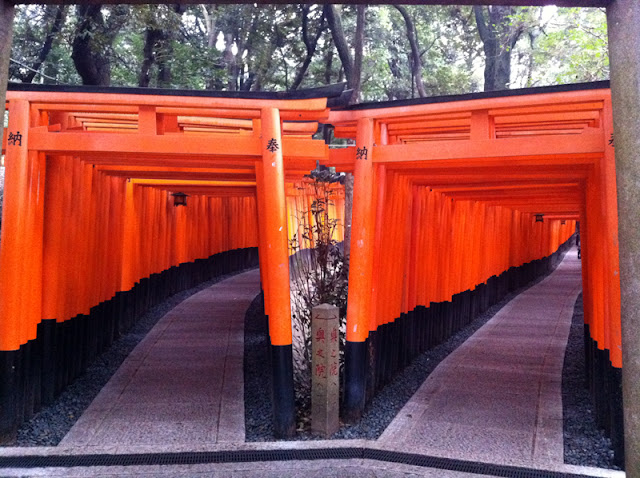 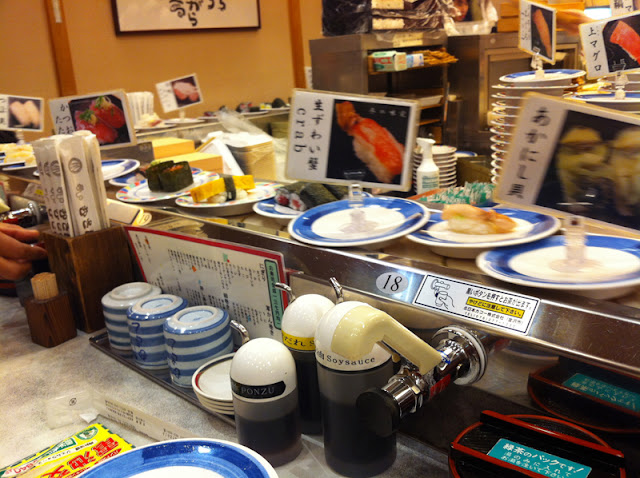 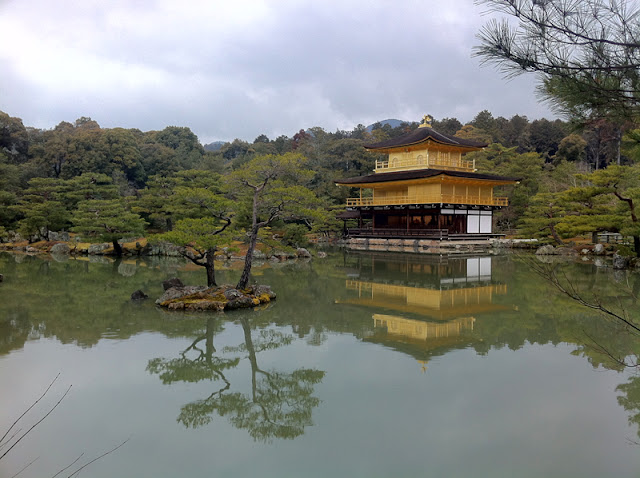 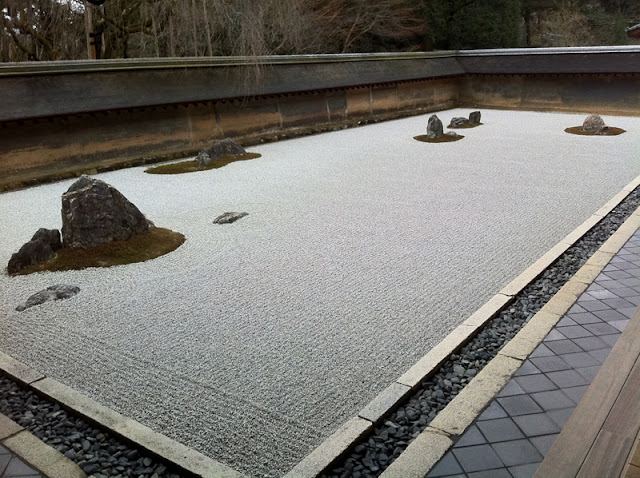 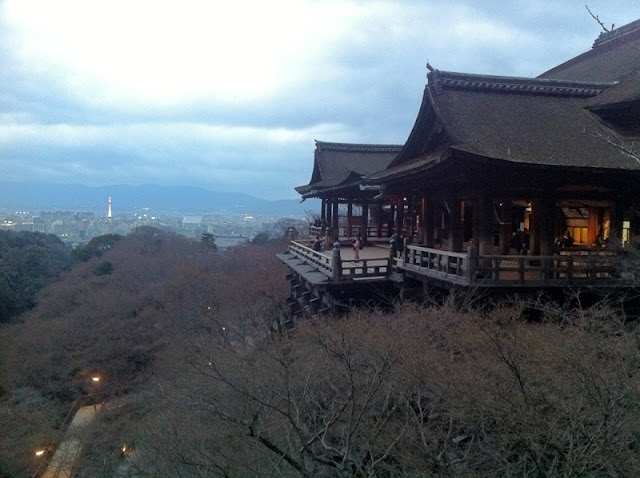 Kiyomizu Temple and Kyoto in the background.


We were so ABSOLUTELY exhausted after our trip to Kyoto and walking around all day. I think we walked a total of nearly 12 miles that day. We went to bed early and slept in the next day. Also, once we got back from Kyoto, Sarah checked her email and found out she had gotten the job she had interviewed for in Hiroshima! She's now staying in Japan for at least another two years!

Thursday we took the train into Nagoya so I could do some shopping and buy some gifts! Went to the NHK-Character store and picked up some little Domo figurines for my roommates and a limited edition (Japan is really big on limited edition items) pink, Valentine's Domo. Then right across from there was the Pokemon Center! I was hoping to get a plush Mew but they seemed to only have new Pokemon and all the generation of starter Pokemon as plushes. So I got a Charmander instead. Also picked up KL a little figurine and a Mew and Eevee figurine for myself. (and a Mew and Scyther figurine for my amazing beau and two Pikachus that were in a Valentine's set that fit together all cute!) 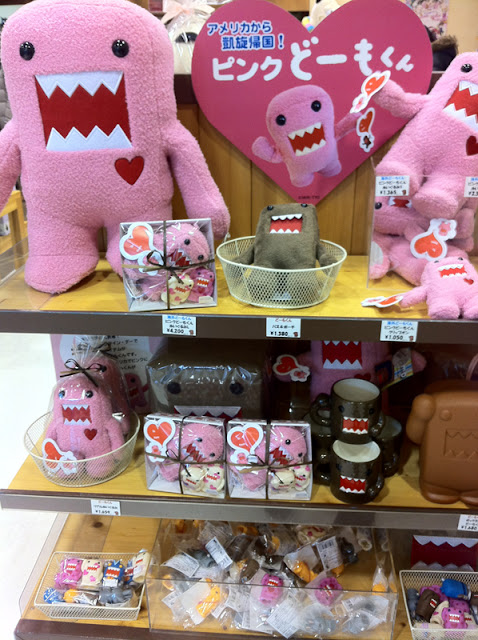 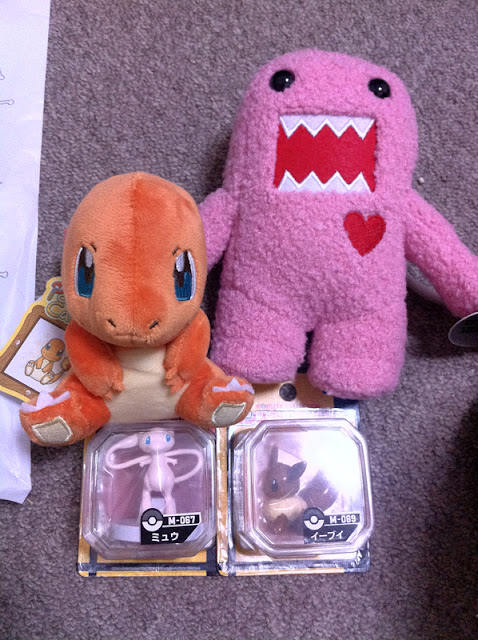 Thursday night we headed out to a bar because it just so happened to be my 24th birthday (and to celebrate Sarah's new job!). I had a matcha milk (green tea liquor and milk) and a special birthday drink, a few Asahi beers (like 5), a tequila shot (which they follow up with a lemon and give you no salt) and another weird shot named after one of my cousin's former coworkers. I also got a birthday dorayaki which was DELICIOUS. And I taught Sarah's friend, Toshi, lots of dirty words in English and he taught me lots of dirty words in Japanese! 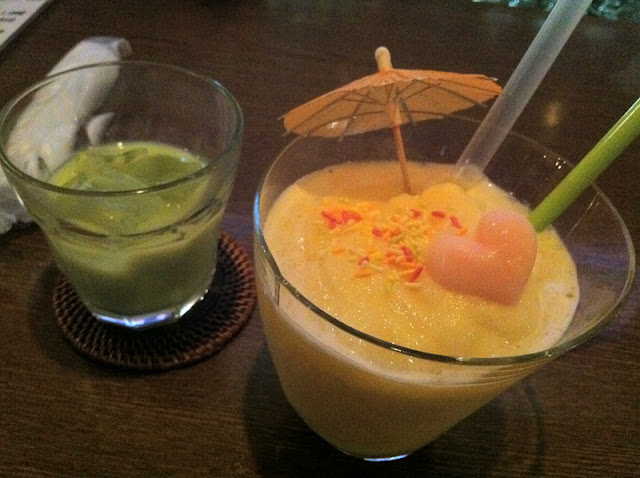 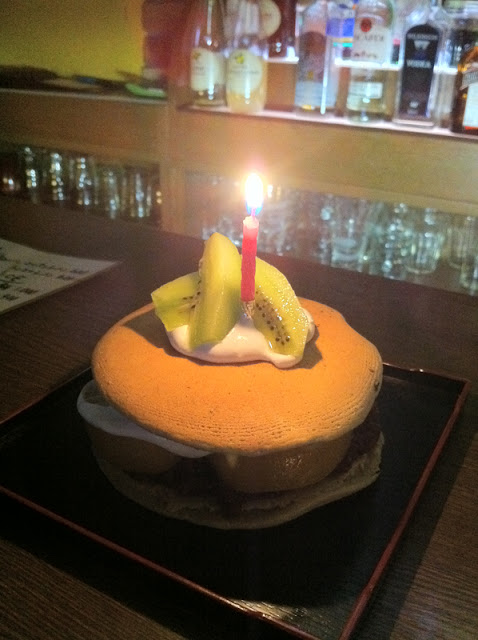 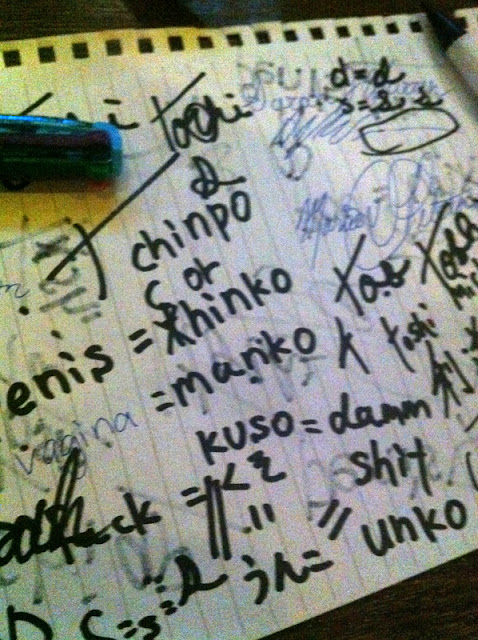 Most of Friday was spent sleeping off a hangover, then eating amazingly delicious burgers to stave off our hangovers and then going to see Inuyama Castle and a penis shrine! 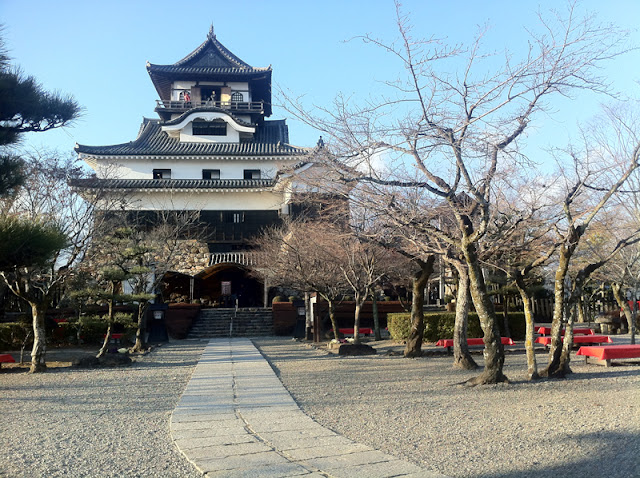 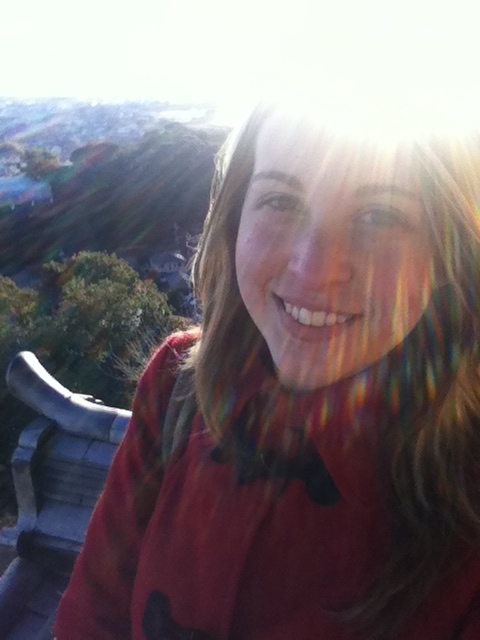 Me at the top of Inuyama Castle 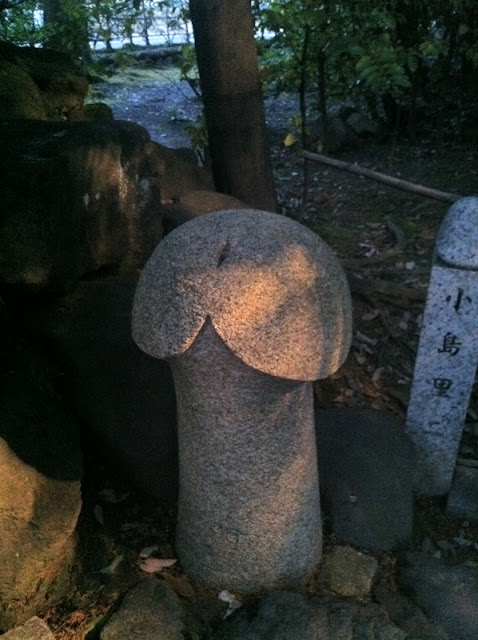 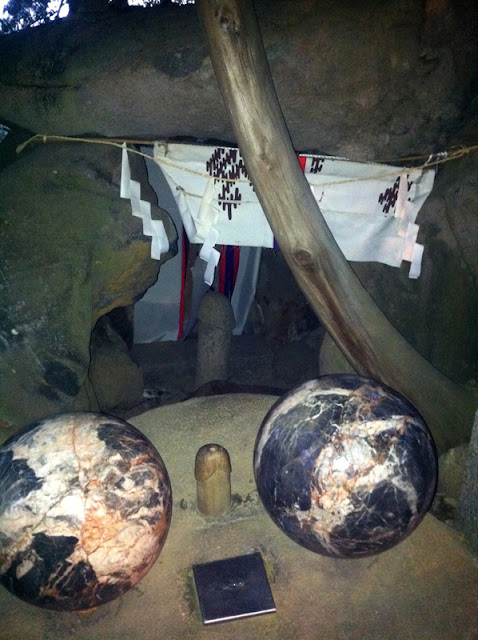 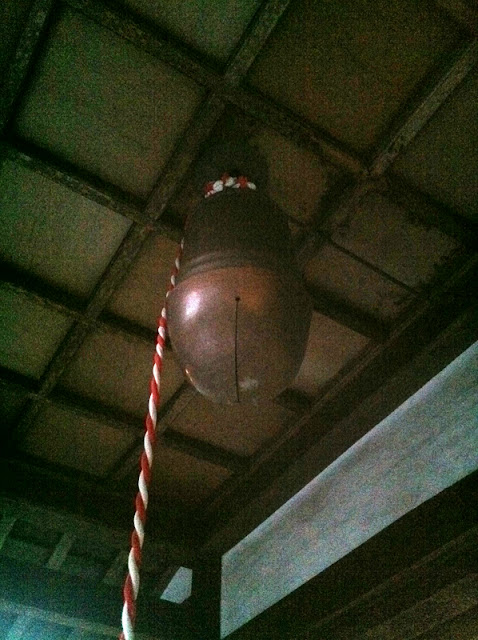 We got some ramen and headed back home. Woke up early the next morning, packed up all my things and we got on the train back to Nagoya to the airport. After a 13 hour flight to Detroit and an hour flight back to Chicago I was finally home and spent the next few days eating birthday cake (thanks Cathy!) and trying to get over my jetlag.
Labels: personal