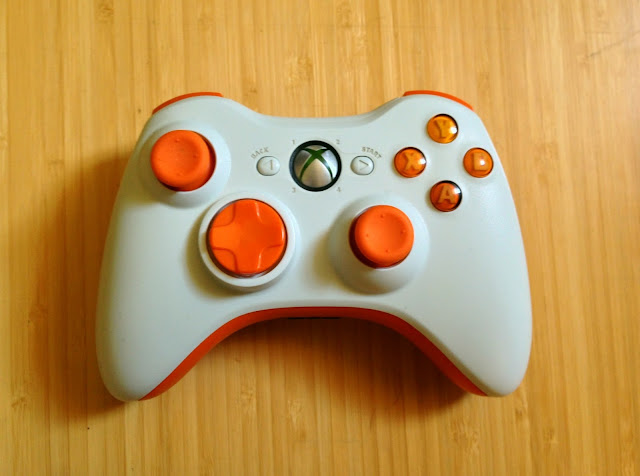 (also check out my custom PS3 controller and my pink/orange 360 controller!)

After seeing this awesome pinkified 360 controller I really wanted to do my own in orange. Started researching paints and sandpapers when someone told me that tons of sites sell already colored custom parts.

So I went about ordering some orange parts (and accidentally ordered two sets of them) and a new white controller.

Tried to order a set of parts from Extremerate, but the payment page was really weird and I got an error message and no confirmation email, so I went to Amazon and found the same set (for more money, but with the torx 8 screwdriver) and ordered it. Go figure that two days later I get a shipping confirmation from Extremerate.

So my Amazon parts got here yesterday and today the set of gradient ABXY buttons I bought from Modjunkiez arrived, so I figured why not do a trial run on this older, slightly wonky controller I have? I'll be good practice to learn how everything goes together and if I break anything then oh well!

Why did I order extra buttons? Cause LOOK at those buttons on the Modjunkiez site, they look SO pretty compared to the ones posted on the Amazon parts I bought. Imagine my disappointment when I opened up the package and saw these ugly things. 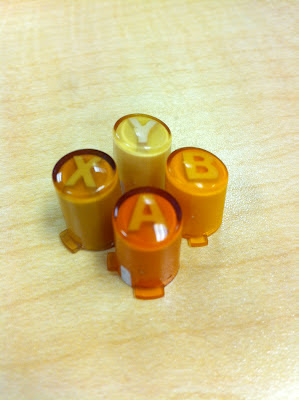 Oddly enough, the Amazon order's ABXY buttons weren't nearly this ugly! They were all kind of the same color though. I mixed the ABXY buttons and managed to make a color combination that isn't hideous, but isn't that great either.

The wonky controller before: 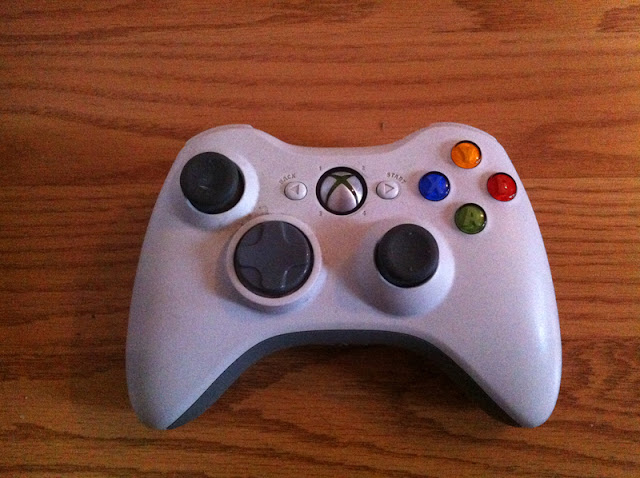 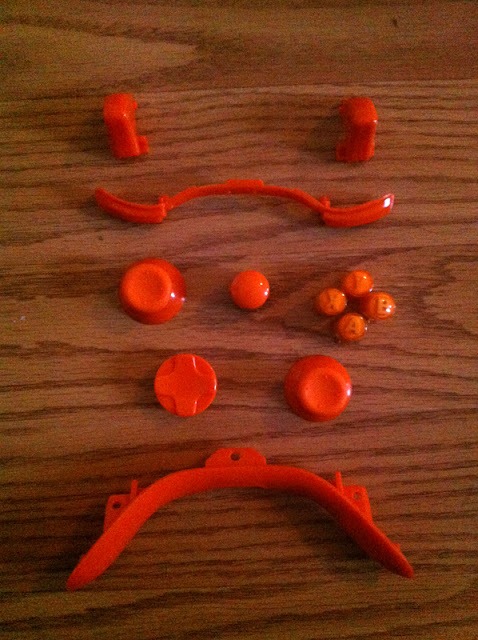 There are 7 screws to open the case, which need the Torx size 8 screwdriver. The first 6 are pretty obvious, but the 7th is in the battery area underneath a barcode sticker. You can kind of see in the below picture the hole in the sticker where the screw was. 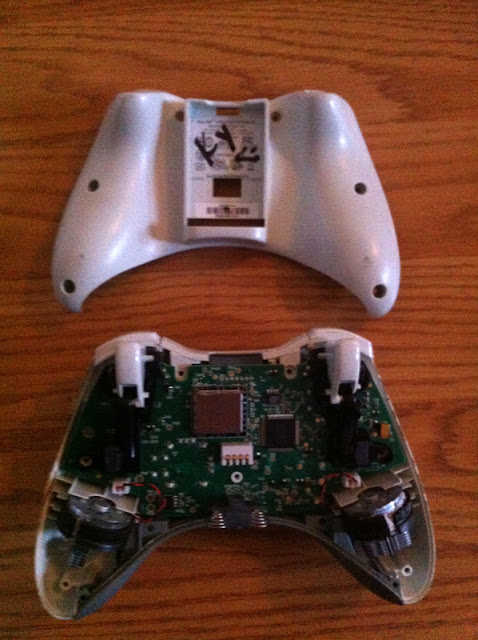 A comparison of all the ABXY buttons (actual controller buttons, Amazon order buttons, Modjunkiez buttons). I'd warn anyone that you really don't know what you're getting when ordering these online. See the button on the bottom right? It barely fit past the casing because it was made at such a strange angle. 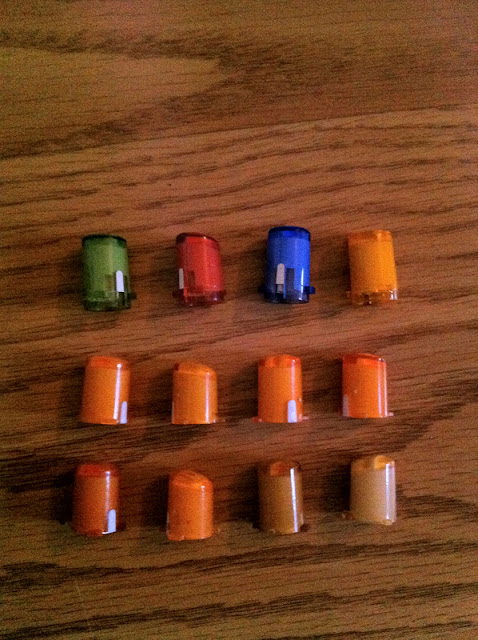 I regret not taking more pictures of inside the controller, I figured I'll have another chance when I do the second controller. The analog sticks pop right in, as do the bumpers and the bottom piece. The buttons you just kind of place in to the front of the controller until you put it all back together. The triggers are a little more difficult, and I found this excellent guide that helped me with that.

The D-pad is actually secured by two, tiny phillips head screws, so I had to wait for this set of mini screwdrivers to come in before I could replace the stock gray D-pad with the orange.

I love it, and have given it the name Orange Soda. I didn't like the orange Xbox Home button at the top, so I left it at the normal 360 logo button instead. The ABXY buttons turned out a lot better than I expected them to as well.