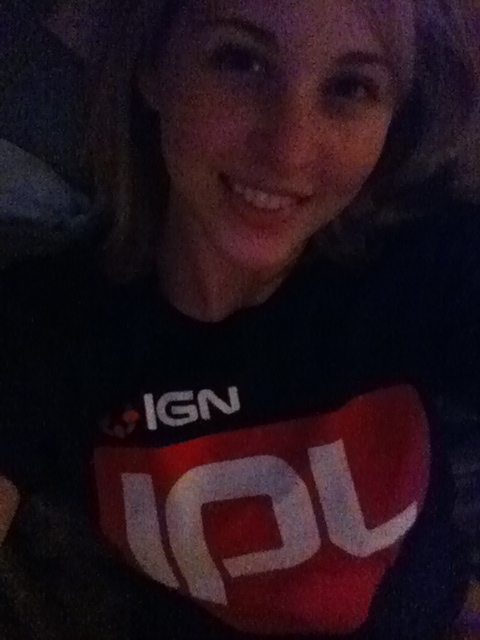 I didn't actually plan on doing much this past weekend, what with Rich being in Hawaii without me (damn you, expensive flights!) and all. Actually, I was thinking of just having a nice weekend, holed up in my room, with my cat, playing video games and browsing the web.

But then I got a message from my friend, John, telling me he was going to be in San Francisco this weekend at the IGN Pro League Face Off: San Francisco Showdown for work.  I haven't ever watched much e-sports, other than the Starcraft 2 tournaments that were shown at Blizzcon of last year, but I enjoyed those enough, and I enjoy my friend's company enough, that I got myself a ticket and decided to at least stop by.

Then, on Friday night, I got a text from another friend asking me if I'd like to go to a Major League Soccer game on Saturday night. Well sure I do! I love sports and I've never been to an MLS game before so why  not? Plus I doubt I'd be staying very late to watch League of Legends at IPL. 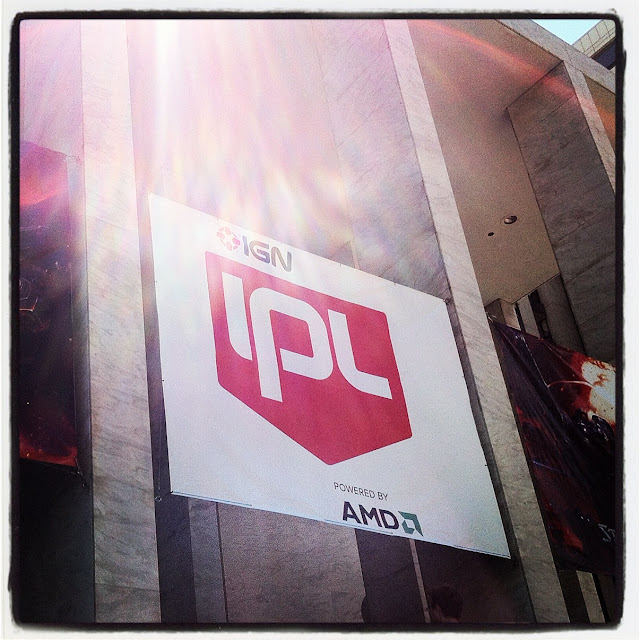 So I MEANT to get to the IPL event around 10 or 11am since it started at 9:30, but instead ended up sleeping until 10 and not getting there till around 12:30. Oh well, sleeping in is what weekends are for, right? So I get downtown, meet up with Jon and start watching some pro-SC2.

It was the Team Arena Challenge going on this weekend and it was Team Liquid vs team LG-Incredible Miracle. When I got there TaeJa from Team Liquid was on a winning streak and was about to face Nestea next. I've seen Nestea play before, and he's one of the best in the world. I think he would've had the match, but then his computer crashed and they had to restart the whole thing and TaeJa ended up winning the rematch. TaeJa ended up winning 7 matches total before finally being defeated by Seed in the second Best of 9. 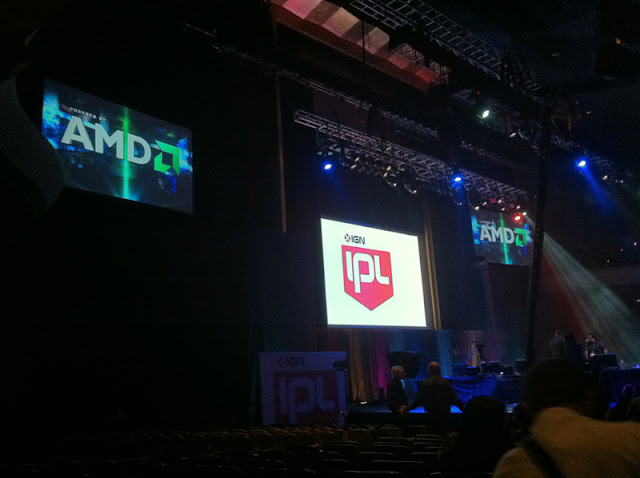 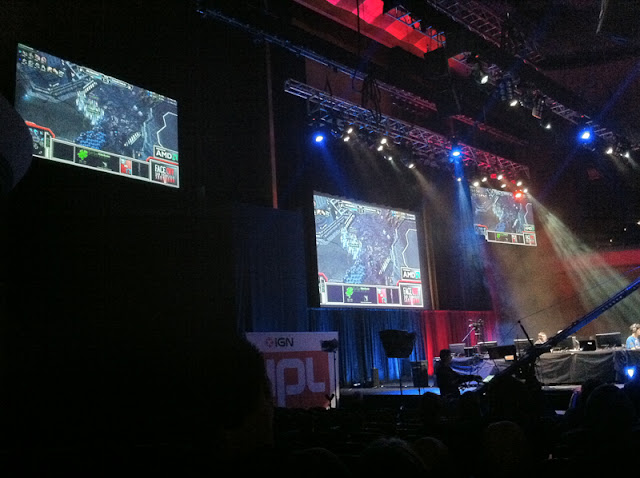 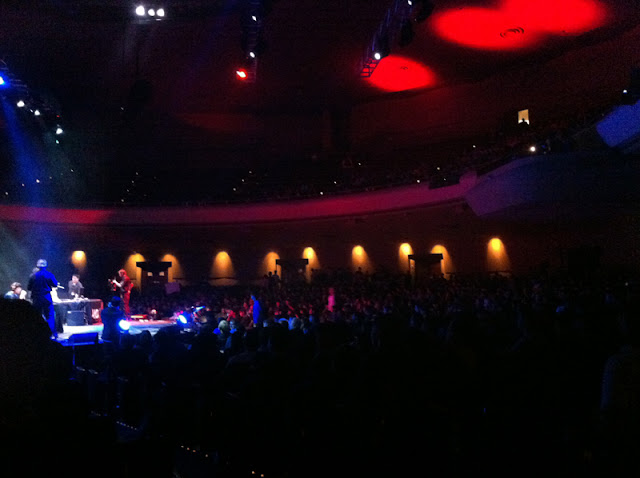 In between matches, and sometimes during matches that we didn't care much for, John and I would go wandering and eat. He managed to get me some AMD thundersticks and an IPL shirt by telling the IPL booth workers that my boyfriend works for IGN (which I don't think they believed, but gave me the shirt anyway). At one point we went on a venture to get gelato from a place down the street and John took this amazingly flattering picture of how ridiculous I looked with my pack and thundersticks. 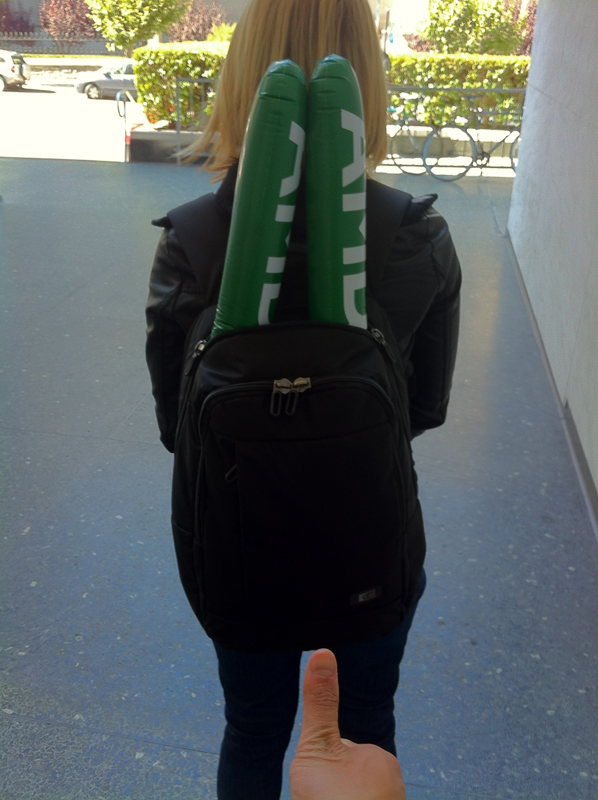 Starcraft 2 finals were supposed to be done around 3pm, but ended up going until way after I left around 7pm. The way the Team Arena Challenge is laid out is that the finals are between two teams, the winner of the Winners' Bracket from qualifiers (in this case, LG-Incredible Miracle) and the winner of the Losers' Bracket (Team Liquid). The Losers' Bracket winner must win two best of 9s to win, and since Team Liquid won the first best of 9 with TaeJa just dominating everyone, they had to do a second Bo9. Had LG-IM won the first best of, then Starcraft 2 finals would've totally been done on time.

So around 7pm I left and met up with Stone so that we could go to the soccer game! It was in San Jose and it was the San Jose Earthquakes vs Seattle Sounders. Stone is a Seattle fan and we were sitting on the Seattle side right next to the crazy group of fans that I guess are referred to as "ultras" and damn are they crazy. Jumping up and down and singing songs and chanting. Was very entertaining.  We wandered around a bit, looking at the different food trucks and meeting up with one of his friends, we even got Hawaiian leis randomly from a little kid! 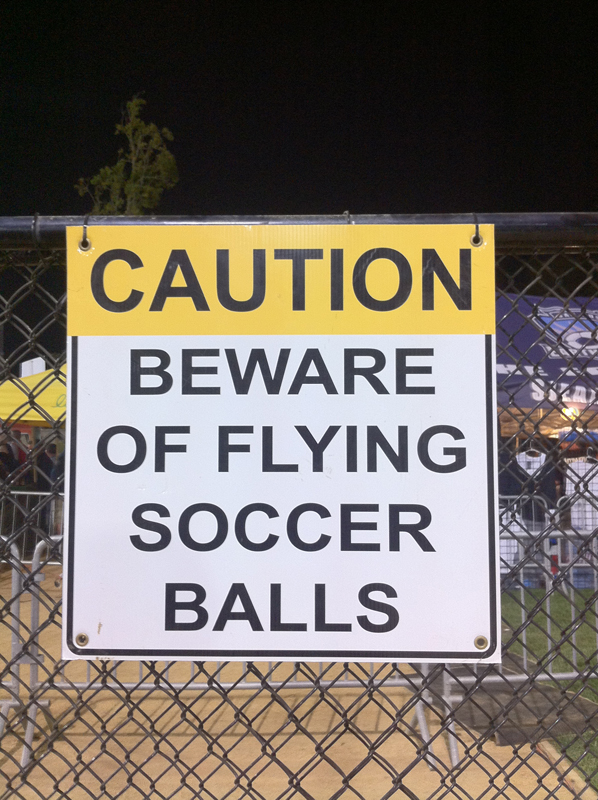 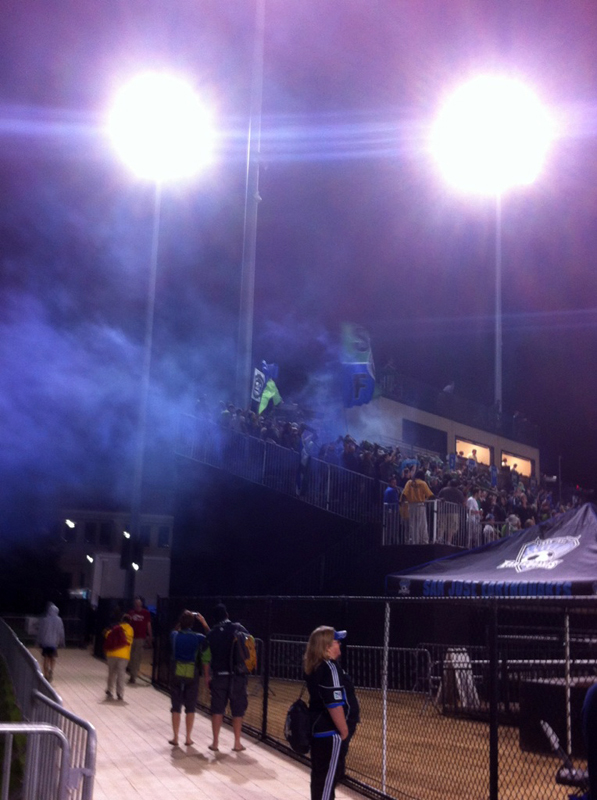 We left a little early to beat traffic, but also because Stone had a midnight flight to Boston to catch.

The next morning I woke early to a text from John telling me he wasn't going to be staying at IPL much later than noon that day. So, since I didn't really care to see pro-LoL or be at IPL alone, I decided not to go and again slept in till 11. Later that night I knew my roommate was having a movie night with some friends, so I decided to be social and join in on that, even though I knew it meant I'd have to put on pants.

Apparently the theme for the movie night was Bad Disney Sequels. We watched The Fox and the Hound 2, which is far less depressing than the original, has voices by Patrick Swayze and Reba McEntire and was full of so many facepalm worthy puns. So many puns. It wasn't all that terrible though. Second up was Belle's Enchanted Christmas, a midquel to Beauty and the Beast, and wow was that shit terrible. I mean it was bad. The songs were bad, the voices were bad (even though it was apparently the original voice actors!), the story was bad. But despite being bad, it was certainly fun to mock with good people and good food (and booze)!

For a weekend that I didn't plan on doing anything I certainly ended up doing a lot!