Last Friday immediately after work I hopped on the BART straight to SFO to catch a flight to LA for the weekend.

Why LA? Because the beau was there for work, flights were cheap ($160 round trip) and I could just stay in his hotel room! So all I really had to pay for was my flight and my food.

Also, the hotel he was staying at has a 4th floor rooftop pool. I think that helped sway my decision to go a little bit too. ;) 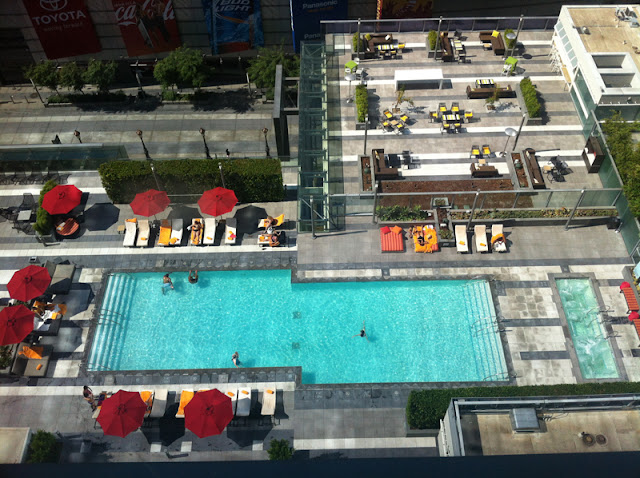 Where I spent most of my Saturday and Sunday morning and afternoon.

I got in to LA late on Friday (thanks United!) and was starving. Luckily, since Rich and I were staying in LA Live, there were still a decent amount of places open and so we headed over to The Yard House not far from our hotel and got some food and I got to try two new beers, Tart Lychee (Lips of Faith) from New Belgium Brewing and Pranqster by North Coast Brewing.

We got up somewhat early on Saturday (10:30, hah) and went to get some breakfast at the Starbucks nearby before Rich had to head off to do the WWE '13 Roster Reveal and I headed to the rooftop pool to work on my tan.

Rich and I met up later to get a quick lunch before he had to run off to a WWE '13 press conference, which he tweeted updates and pics from. While he was there I spent my time taking a long, relaxing, scorching hot shower (best part about hotels is the hot water almost never runs out) and doing my hair and makeup. Then I headed on over to the post-conference WWE '13 event! 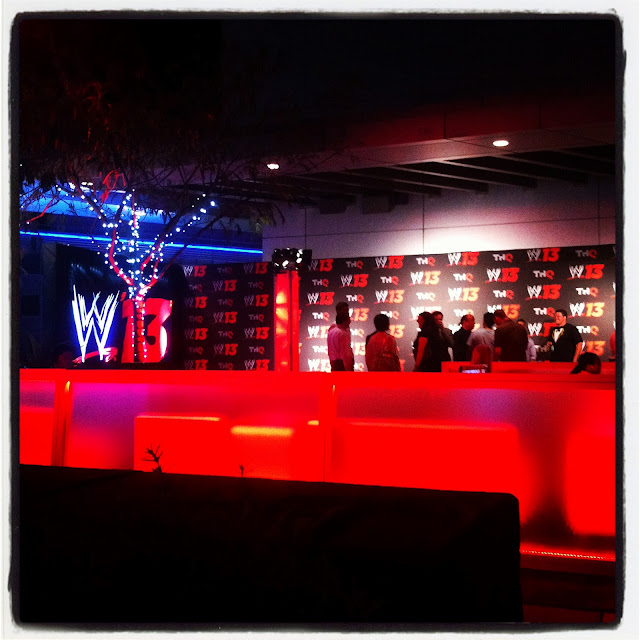 The WWE '13 event was awesome. There were a ton of WWE superstars there (almost all of whom I was too shy to go and meet). I saw Mike Tyson as he was leaving the building and Stone Cold Steve Austin walked right by me at one point without me realizing it until Rich said "You know who just walked RIGHT by you, right?" Among the others in attendance were CM Punk, Sheamus, AJ Lee, Brodus Clay and a few others that I can't remember. Oh and Paul Heyman, who is SUPER sweet and super awesome. Unfortunately Kane and Daniel Bryan, my two favorites, were not there. 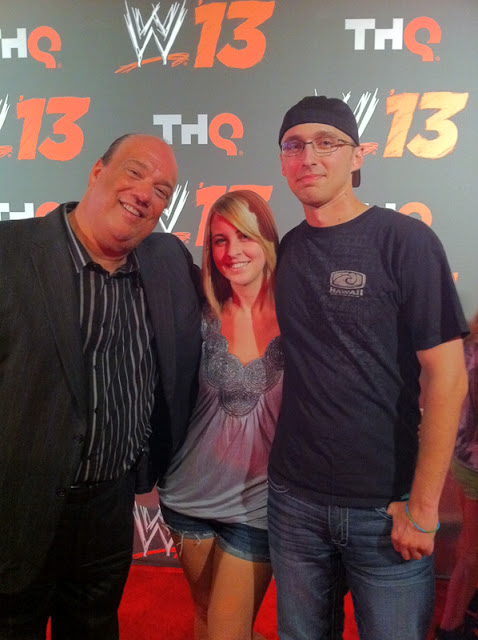 Rich and I grabbed some food and drinks before heading over to one of the many stations set up with WWE '13 ready to play on it. I played one match against Rich (me as Daniel Bryan and him as CM Punk) and I...totally lost! I really had no idea what I was doing since I only got a quick overview of the controls and Rich knew them all already. I did manage to pull a folding chair out from under the ring! Couldn't figure out how to swing it though...

Rich played a bit more of the game before I dragged him over to the dessert buffet so that I could try one of everything (little cupcakes so good). I got another drink and relaxed while Rich headed off to do another quick interview with one of the game's developers, Cory, and while he played a match against one of the other developers, Bryan.

Stayed at the event until they were closing the venue down (which really wasn't all that late, around 10:30). Met a lot of cool people, a lot of who were impressed that I like wrestling! I was actually a HUGE WCW fan back in the 90s, but when WCW stopped existing I kind of lost interest. Rich has been the one to get me back into it with his enthusiasm. I have a newfound love for professional wrestling, what with the amount of planning that goes into each match for both storyline and marketing aspects. It's an art, for sure.

Oh, and Rich got a swag bag with WWE '13 hoodies for both of us and a Sheamus Brawlin' Buddy! 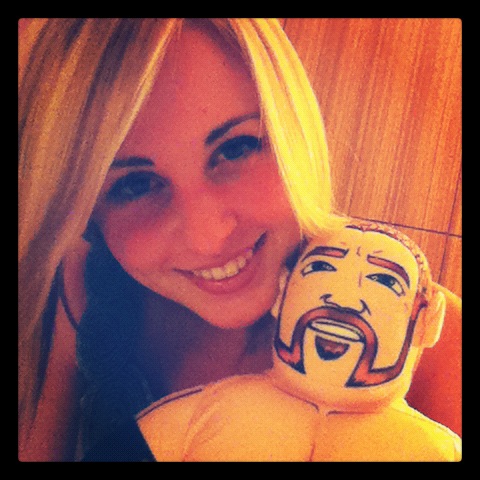 Sheamus and I! He makes noises when you throw him!

Sunday I wasn't expecting to do much except spend more time by the pool and have lunch with Rich and his parents. As far as I knew at that point Rich wasn't able to get a +1 for me to go to SummerSlam, so I figured I'd be spending my evening by the pool and watching TV in the room before flying out late that night.

But, Rich had been given a +1 just that day! I was so excited! After our delicious sushi dinner with his parents I hopped right into the shower so that I could get my hair and makeup done in time and then we headed on over to the Staples Center! 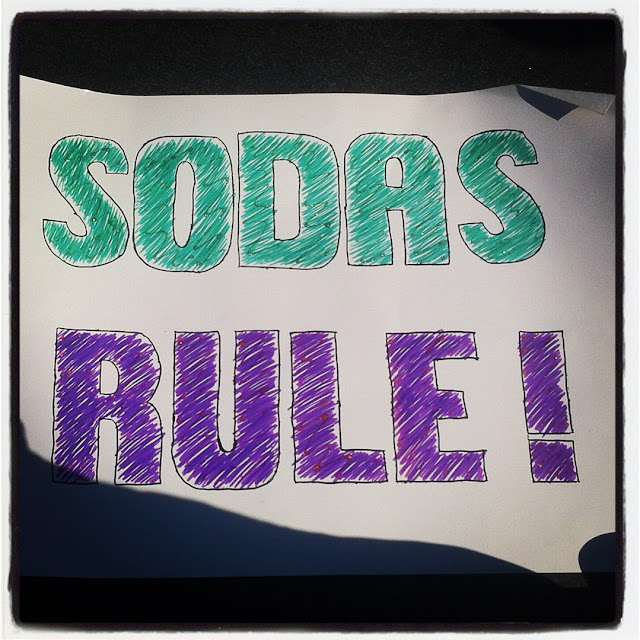 Found this abandoned sign on our way to the Staples Center. Was too perfect to not get a pic! 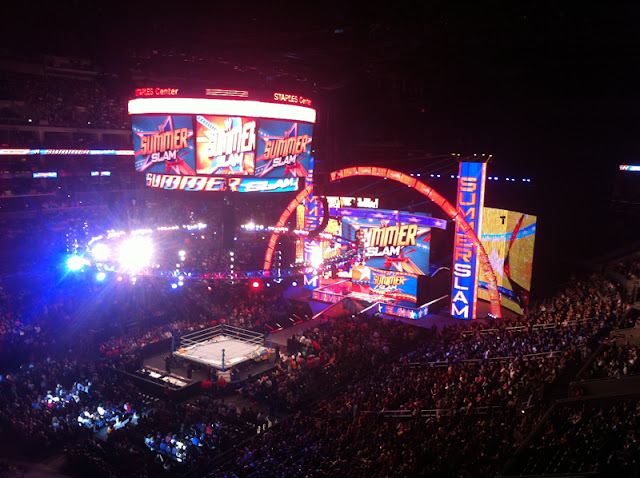 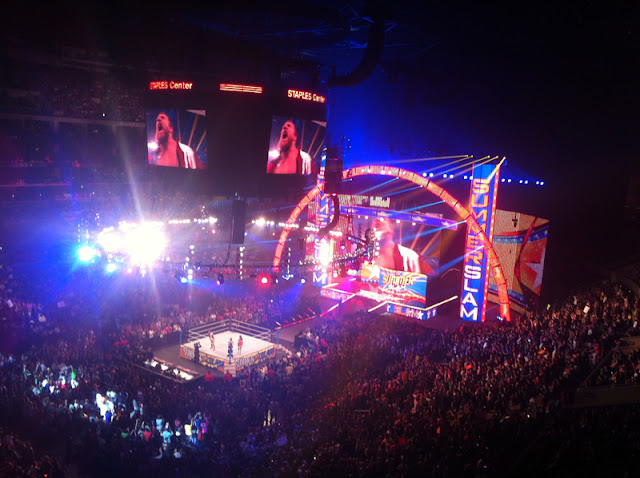 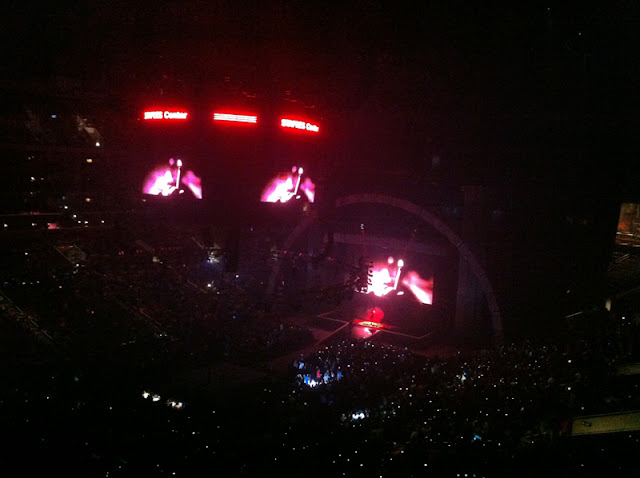 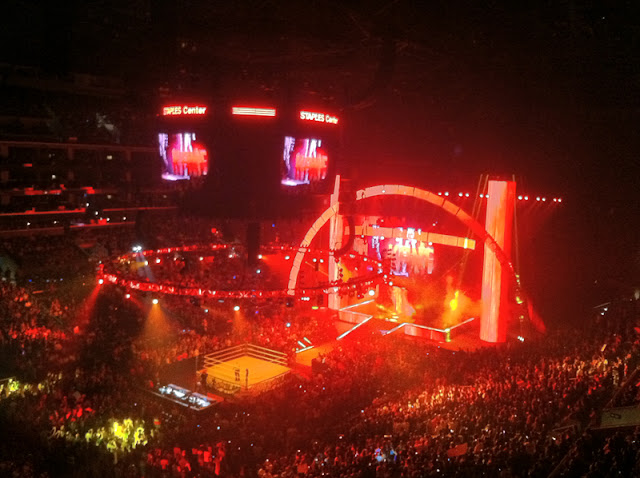 Kane entering! You don't realize how loud the explosions are until you're there in person! So loud! 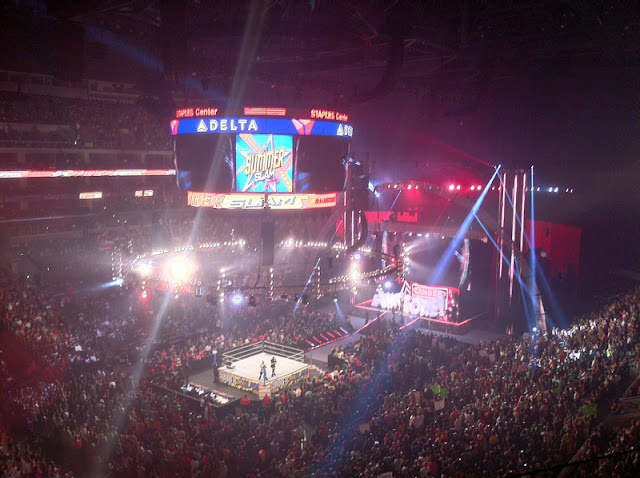 A picture of The Miz's AWESOME blow up sign! 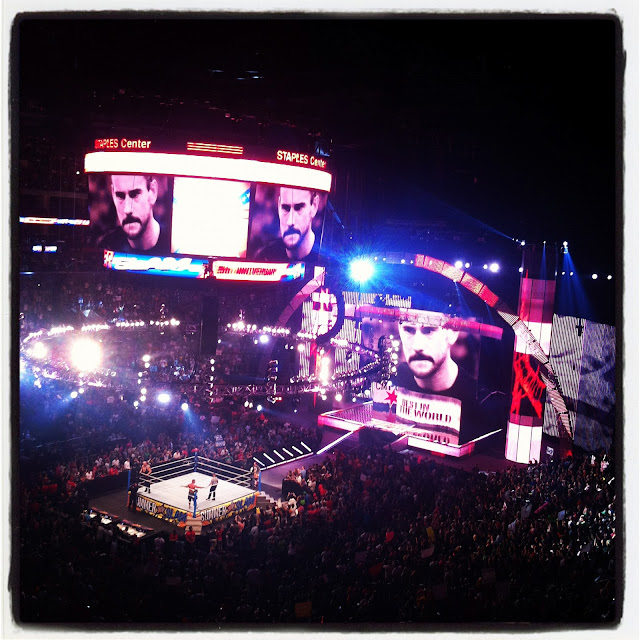 CM Punk! Best in the world! 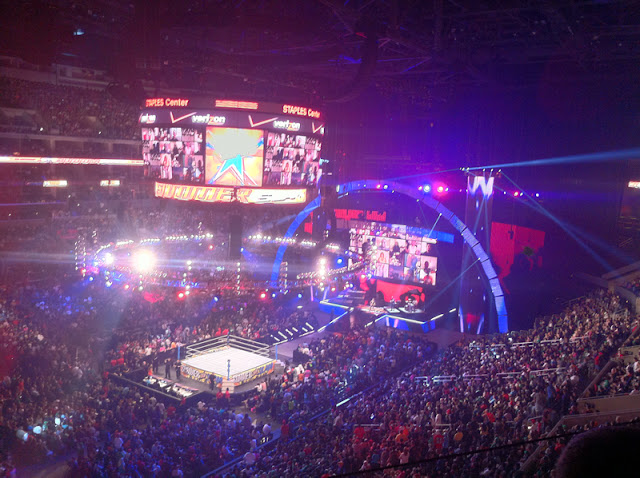 Kevin Rudolf performing "Don't Give Up" 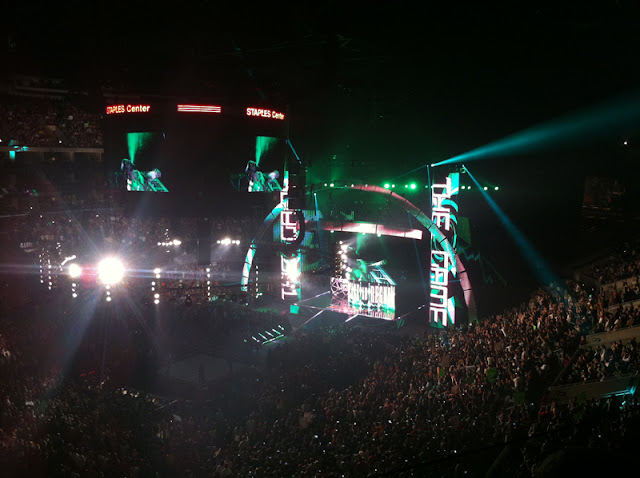 Triple H entering before his match with Brock Lesnar!

I won't bother to spoil any of the matches for those of you who haven't caught up on your WWE news since Sunday. I loved the Kane vs Bryan match, even though it was hard for me to choose who I wanted to win. The Triple Threat match with CM Punk, Cena and Big Show was also great. Tried to buy a Daniel Bryan "YES!" shirt afterwards, but they were out of everything smaller than a Large, which would be way too big for me, so I ended up just buying one online instead.

Headed back to the hotel to pack up my things quickly, say my goodbyes and head off to the airport and back to San Francisco.

While it might have been a short vacation it was just the recharge I needed.

Wonderful post altogether, you just received a brand new reader. What may you recommend in regards to your put up that you just made a few days ago?
atlanta corporate event venue