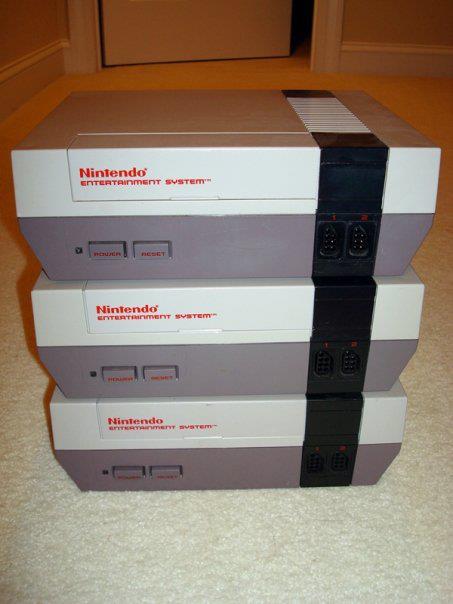 I was also young and naive.

And now here I am watching a company I used to love turn into a company I'm starting to hate. And it's not hate because they're a terrible company, it's hate because I feel like they're running themselves into the ground and don't see it, that they don't understand why. It's like watching a close friend slowly ruining their life and distancing yourself from them because it hurts too much to watch and there's nothing you can do. But, as I've learned, this isn't Nintendo's first dismal console release, it isn't even their second. They'll probably pull out of it, but just barely, only after some price slashes and major name releases.

They posted their earnings around midnight PST last night (sometime midday in Japan) and reported an operating loss $366 million dollar ($36.4 billion yen) loss. While they did post an overall net profit, having the operating loss means that they did not make the profit from day-to-day operations, and instead it can be attributed to currency value changes and investments. They also did a weird little restructure. Moving the CEO of Nintendo of America (NOA) into a general manager position at Nintendo Co. Ltd (NCL) and making the current President of NCL, Satoru Iwata, also the CEO of NOA. Enough acronyms for you?

I'm hoping this change brings more parity between Japan and NA for Nintendo products and software (hint: 3DS XL colors! And I guess bring some Japan exclusives over). I'm wondering if maybe this restructure was made to not only help boost western sales and western developer relations, but also to add some more accountability onto Iwata for the dismal sales in North America.

Whatever the reason, reading on Reddit and Neogaf today gave me a few laughs. So many other people hoping that the change ends up bringing us some new 3DS XL colors. I'm sure that's the last thing on Iwata's mind though.

But that's not all the Nintendo news!

They also announced they will not be doing a big press conference at E3 this year.

Say whaaaat. Nintendo's E3 press conference has been the highlight of E3 for me since I knew what E3 was. Nintendo is the main reason going to E3 has been such a big goal of mine. And here I am, FINALLY going to E3 and...it's the E3 they're not doing any big announcements at.

I suppose it only makes sense, with the rising popularity of their Nintendo Directs, but still it's pretty disappointing. Especially since I'm actually going to E3 this year, but I wouldn't have been able to get into the conference anyway. As long as they at least have a booth I'll be happy.

Maybe this will be the year they turn things around...
Labels: gaming , Nintendo

I couldn't agree more with you on this. I love Nintendo, but I also feel like they don't know what they're doing anymore. They've been testing their fans' patience for too long, knowing that they can easily fix things by giving us a small taste of what we want, after we beg and beg for it... and then they go back to ignoring us. It's almost like they have it in their mindset that they will pull through as they always do, but it seems like this string of luck may be running out... and I hope not. We shall see. =/ Good post!