Nerd Reads - The Summerlark Elf and The Missing Thane's War 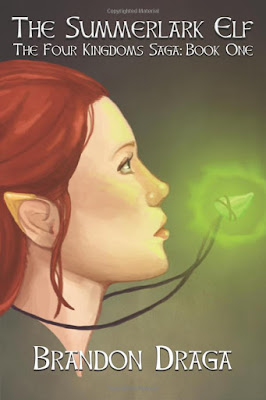 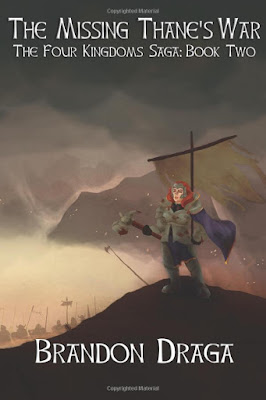 I picked up The Summerlark Elf off /r/fantasy as the author, Brandon Draga, had posted it as a free Kindle download sometime last year. I ended up liking the first book so much that I sought out the next in the series, but the copies had been taken off Amazon! I connected with the author via Goodreads and learned that, as of earlier that month, he made the switch from self-publishing to hybrid/traditional publishing and even signed a five-book deal with his new publishing group! (Guaranteed more books in the series!) He was also nice enough to send me over a copy of the Kindle version for me to read so I wouldn't have to wait. The books are now both available on Amazon again!

The Summerlark Elf follows Enna, the adopted daughter of two farmers with some secrets unknown even to her. She and her family live in a kingdom where fae-folk are banned as is the use of arcane magic. After a fateful day at the market her life, and everything she thought she knew about it, changes forever. Along the way she makes friends with a motley crew of characters who join her on her journey to find herself.

The Missing Thane's War continues to follow Enna and her friends as they seek to learn more about Enna's history.  We are introduced to new lands, kingdoms and conflicts in the world they inhabit. The secret past of another member of their group is revealed and peace amongst the kingdoms is starting to unravel.

The plot is very light and moves along pretty fast. The plot was a bit predictable, which I could see being an issue for some, but for me that didn't take away at all. I love how quick and easy of a read these books were and would highly recommend them to anyone just looking for a quick fantasy read or for younger readers who are big into fantasy novels!
Labels: books , fantasy , Nerd Reads , reading